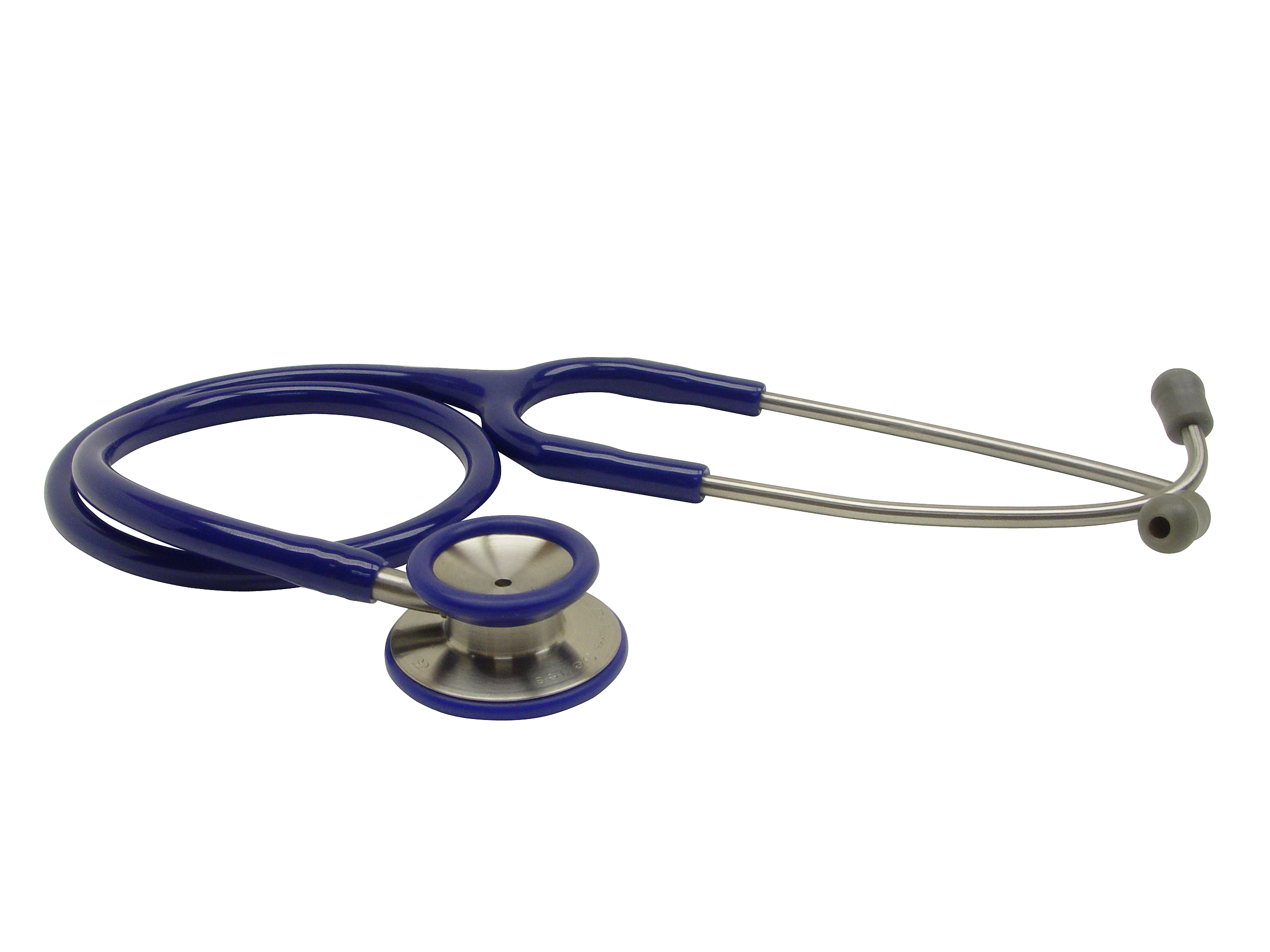 This study was supported by a grant from ME Research UK, and by the Sir John Fisher Foundation.

The Centers for Disease Control (CDC)-1994 definition of chronic fatigue syndrome (CFS) is very broad, and there have been suggestions that it lacks specificity. To test this, we have compared three groups of patients, all of whom fulfill the criteria but self-report different etiologies.

Patients with self-reported symptoms which developed sporadically (sCFS, n=48); after Gulf War service (GWS, n=24); and following exposure to organophosphate insecticides (OP, n=25) underwent a clinical examination, completed the MOS SF-36 quality of life and Hospital Anxiety and Depression scales, and were assessed for major and minor criteria for CDC-1994 CFS. Significant differences in simple clinical measures and outcome measures were observed between groups. The GWS group had significantly more severe physical symptoms — fatigue, muscle and multi-joint pain — than OP or sCFS, and the sCFS group was significantly less impaired than the other two groups in terms of role emotional and mental health. In all three groups, a majority of patients exhibited muscle weakness in the lower limbs, and significant numbers of patients had absent or abnormal reflexes.

Differences in simple, easily performed clinical outcome measurements can be observed between groups of patients, all of whom fulfill the CDC-1994 criteria for CFS. It is likely that their response to treatment may also vary. The specificity of the CFS case definition should be improved to define more homogeneous groups of patients for the purposes of treatment and research.

The definition of ‘chronic fatigue syndrome’ set down by the Centers for Disease Control (CDC) in 1994 is used widely to specify patient groups used in research. To qualify, an individual must have experienced at least six months of chronic fatigue, as well as at least four symptoms from a list which includes muscle pain, cognitive problems and malaise following exercise. However, there is concern that this definition is too broad, and might include patients with different illnesses.

We compared the symptoms of three groups of patients who all come under the CDC definition of ‘chronic fatigue syndrome’, but who report different causes of their illness. Gulf War veterans had more severe fatigue, muscle pain and joint pain than agricultural workers exposed to insecticides and patients whose illness developed sporadically (which we would normally call ME/CFS). Patients with ME/CFS had better emotional and mental health then the other two groups.

These differences (as well as the results of our acetylcholine experiments) highlight the shortcomings of the current CDC definition of ‘chronic fatigue syndrome’, which should be improved to take into account the distinct subgroups of patients it includes. It is also worth noting that fatigue itself is not actually the main problem for many of these people.

There is a growing realisation by researchers that problems with the case definition of ‘Chronic Fatigue Syndrome (CFS)’ perplex investigation into the illness, or rather the range of illnesses probably caught in the net of this ‘syndrome complex’. This is no seemingly obscure debate among academics: in fact, the matter of diagnostic classification colours patient care since the treatment and resources that patients receive is determined, to a large part, by the diagnosis they are given and how it is perceived by the wider community. It is perhaps not surprising that the application of a ‘symptom complex’ based not on hard data but on a collection of non-specific, ill-defined symptoms has led to the construction of a diagnostic ‘umbrella’ covering widely-differing patient groups, and contributed to the opprobrium and frank contempt that some patients and carers receive from healthcare professionals. The details of the most widely-used definition — the Centre for Disease Control (CDC)-1994 (Fukuda et al, 1994) (1) — are discussed elsewhere, but the central issue has been eloquently expressed by Jason (2):

A significant complicating factor in understanding the dynamics of this illness is that there are probably different types of illnesses now contained within the CFS construct… We believe that it is crucial for CFS research to move beyond fuzzy recapitulations of the neurasthenia concept and clearly delineate precise criteria for diagnosing pure CFS and CFS that is comorbid with psychiatric disorders. It is also necessary to better differentiate CFS from other disorders which share some CFS symptoms but are not true CFS cases.

This paper by Kennedy et al provides a practical illustration of the lack of ‘specificity’ of the CDC-1994 defintion (3, 4). The authors’ key message is that clear differences in simple, easily performed clinical measures can be observed in groups of patients, all of whom nevertheless fulfil the CDC-1994 criteria for CFS and who appear very similar as regards duration of illness and number of symptoms reported. Their results confirm the suggestions by a growing band of researchers that the current CFS rubric is excessively broad (3), and they support the view — proposed by several authors (5, 6, 7) — that it can contain (and subsume) a number of heterogeneous but distinct groups of patients, all with self-reported symptoms. Indeed, the inconclusiveness of some, especially the early, clinical trials, and the difficulties in interpreting the results of biomedical studies in CFS, are likely to be at least partly explicable by such heterogeneity among subjects within the case definition.

It is worth pointing out that had any one of these 97 patients (whose symptoms were not initially validated by specific laboratory data or specific objective clinical signs) presented to a community physician instead of to clinical trial investigators, their reports of ill health might (on past experience) have been undervalued or disregarded, given the scepticism that surrounds the evidence for the association between the attributed cause of ill health (chemical exposure, organophosphate pesticides and miscellaneous ‘sporadic’ factors) and subsequent chronic symptoms (8, 9, 10).

While this is the overall message of the Kennedy et al paper, the specific results are no less important, and we list a few of the more important ones:

So, should anything be done about the CDC-1994 case definition? Some — predominantly mental health professions — are (probably) content to maintain the status quo, and view ‘CFS’ as one of a number of different syndrome-lagoons which overlap to give a larger, vaster sea of ‘medically unexplained symptoms/illnesses’ best treated with psychological if not frank psychiatric interventions.

However, among people who recognise the need the need for change, two groups can be discerned. The first group wishes to revise the current CDC-1994 definition by, for example, adding another symptom complex, such as neurocognitive impairment, to the primary criteria (13, 14) or more closely defining several of the minor symptoms or adding to them (11, 15). Kennedy’s results suggest the attributed aetiology or mode of onset of illness may be important, and that symptom severity, assessed on a validated scale in a standardised manner, could be taken into account. A paper outlining the deliberations of the International CFS Study Group considering such changes has just been published (16). However, another wide-ranging group of researchers prefer a more radical option, such as the specific extraction of research-based subsets of patients (recommended by the authors of at least 6 scientific papers in recent months) or the shattering of the term ‘CFS’ and the creation of other definitions based on specific symptom clusters or signs. For example, a recent systematic clinical working case definition (evidence-based on data from over 2,500 patients), including diagnostic protocols and treatment protocols, has been published: this encourages a diagnosis based on characteristic patterns of symptom clusters, which reflect specific areas of pathogenesis (17).

In addition, efforts are underway to compare older definitions, such as that for myalgic encephalomyelitis, with CDC-1994 CFS to explore the usefulness of these (18, 19). Interestingly, the Kennedy et al results showing a significant degree of muscle weakness and abnormalities at reflex testing in all three groups point to the fact that subgrouping patients on the basis of objective clinical signs may be practical and informative, as recommended in some of the older literature on the subject of myalgic encephalomyelitis (20, 21).