Home » Reduced cardiac volumes in chronic fatigue syndrome associate with plasma volume but not length of disease: a cohort study

Reduced cardiac volumes in chronic fatigue syndrome associate with plasma volume but not length of disease: a cohort study

The CFS group length of history (mean±SD) was 14±10 years. Patients with CFS had significantly reduced end-systolic and end-diastolic volumes together with reduced end-diastolic wall masses (all p<0.0001). Mean±SD RCV was 1565±443 mL with 26/41 (63%) having values below 95% of expected. PV was 2659±529 mL with 13/41 (32%) <95% expected. There were strong positive correlations between TV, RCV and PV and cardiac end-diastolic wall mass (all p<0.0001; r2=0.5). Increasing fatigue severity correlated negatively with lower PV (p=0.04; r2=0.2). There were no relationships between any MR or volume measurements and length of history, suggesting that deconditioning was unlikely to be the cause of these abnormalities.

Over the years, a number of reports in the scientific literature have pointed to the presence of abnormalities of heart (cardiac) function in ME/CFS. For example, a study in 2006 found that ME/CFS patients had relatively short QT intervals (measures of the heart’s electrical cycle) compared with healthy people (read more). Also, in 2009, Japanese researchers reported cardiac dysfunction with low cardiac output in some oriental patients (read more), and another investigation found that cardiac function was diminished (read more).

Alongside these reports, ME Research UK-funded investigations by Prof Julia Newton, Dr Kieren Hollingsworth and colleagues at Newcastle University have also throw up some intriguing findings concerning the function of the heart in ME/CFS. For example, they have shown that ‘bioenergetic abnormalities’ could be found both in heart muscle and in the muscles of the skeleton, with a correlation between the two suggesting the existence of linked underlying mechanisms (read more). In the same investigation, they found that the hearts of the ME/CFS patients had to work harder during prolonged standing than in healthy people. The research group has also looked at the function of the heart using cardiac MRI tagging to identify defects that are not yet clinically apparent. One of their main findings has been a dramatic increase in ‘residual torsion’ in patients compared with controls. This is a measure of the efficiency of the release of torsion and strain during the relaxation phase of the heartbeat, and ME/CFS patients had 200% more residual torsion than healthy people, indicating that their heart muscle was taking longer to relax. Also, the left ventricular mass (the thickness of the heart wall at the ventricle) was reduced compared with controls; and cardiac output (the output of blood by the heart per minute) was lower (read more).

The Newcastle researchers have been continuing their investigations, and their latest report has just been published in the journal Open Heart (read more). It describes work to confirm these previous findings in a larger group of new patients and controls, and extend them to include cardiac output and blood volume. In the experiments, cardiac magnetic resonance examinations were performed in 47 patients with ME/CFS who had been ill for 14 years on average and 47 case-matched controls, and blood volume measurements in 41 CFS and 10 controls. Patients with a diagnosis of depression were specifically excluded from the study so that depression could be ruled out as a potential, if unlikely, cause of the abnormalities.

The results were fascinating. Compared with healthy controls, stroke volume (the amount of blood pumped by the left ventricle in one contraction) was 23% lower in the ME/CFS patients; end-diastolic volumes were 25% lower; end-systolic volumes were 29% lower; and end-diastolic wall masses were 26% lower (all p<0.0001). In essence, these findings confirm, in a larger and different group of patients, the reductions in cardiac volume observed previously in ME/CFS patients in Newcastle.

The total volume of blood (plasma and red cells) was 4% lower in the ME/CFS group compared with controls, though this difference was not statistically significant. In 63% of the patients, however, the volume of red blood cells was below 95% of the expected levels for healthy people. Also, there were strong positive correlations between blood volume measurements and cardiac end-diastolic wall mass, and a weak relationship between plasma volume and fatigue severity. Importantly, the length of illness was not related to any cardiac magnetic resonance or volume measurements, suggesting that deconditioning (which would be greater the longer a person was ill) was unlikely to be the cause of these abnormalities.

The finding that red cell volume was low is intriguing, and it may be that blood volume plays at least a part in the symptoms experienced by ME/CFS patients. One intriguing possibility alluded to by the researchers is that the abnormalities detected in this study, particularly the reduction in end-diastolic blood volume,  may be due to problems with venous compliance (see diagram above), as nearly two-thirds of the blood in the systemic circulation is stored in the venous system and compliance is controlled by the autonomic nervous system which is also affected in ME/CFS. In fact, low total blood volume has been proposed as part of the disease process in subgroups of ME/CFS patients before. One investigation in 2002 found a 9% lower blood volume in ME/CFS patients than in controls (read more). A further study in 2009 showed that the reductions in cardiac output and end-diastolic volume in ME/CFS could be entirely accounted for by a reduction in the total blood volume (read more), and an accompanying editorial pointed out that the results did not imply heart disease, but rather pointed to “circulatory impairment” (read more).

Overall, these findings using state-of-the art MRI confirm the presence of cardiac abnormalities in people with ME/CFS. It remains unknown, however, whether these are caused by ME/CFS and its consequences per se or whether, for instance, a (pre-existing) reduced cardiac volume may make people more vulnerable to the development of the illness. As regards low blood volume, there is anecdotal evidence that the symptoms of ME/CFS improve in some patients after treatment with intravenous fluid (although the procedure is not without drawbacks and risks), and the team in Newcastle intend to explore interventions to restore fluid volume in ME/CFS patients in further studies. 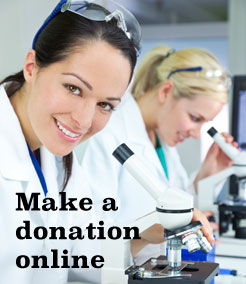 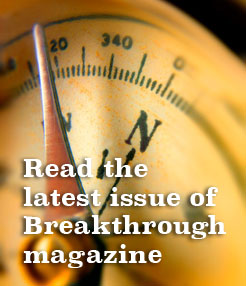